The proposals will see the local communities around Hinkley Point C compensated at a rate of £1,000 per Megawatt for the entire operation of the plant. With Hinkley Point C expected to be in operation for 40 years, this could amount to £128 million in funding. The money could be used for a range of local projects for those who will not see any direct and tangible benefits themselves, such as facilities for the elderly and measures to address fuel poverty.


The Labour Group has been playing a key role on SDC as part of cross party  campaigning on community benefit contributions for five years, negotiating with Ministers, MPs and civil servants and consistently raising this issue in Parliament, and the Council is delighted to see all this hard work come to fruition.


A Sedgemoor spokesperson said "This announcement will mean the local community will be justly compensated for hosting what is a major national infrastructure project, required in order to meet a national need, but where the impacts are felt locally. This represents a fair settlement for the community affected and ensures consistency with similar forms of community benefit for onshore wind and shale gas."

Posted by Sedgemoor Labour at 10:30 No comments:

Bridgwater Postal workers have started a ﻿﻿﻿﻿﻿﻿﻿﻿series of strikes. The Bridgwater Mercury, apart from giving Forum space to the usual bevy of self important right wing web stalkers, produced a report described as 'misleading' by Shop Steward Dave Chapple. Here he responds to that misinformation in a letter to the editor.
As the CWU shop steward at Bridgwater Royal Mail Delivery Office I would like to clarify some of the issues arising from last week's 'Mercury' report on our successful strike ballot, and, in particular, the misleading statement made by Royal Mail's Rhys Jones that they have "tried hard to engage with the CWU locally."
We value the excellent relationship we have with the public we serve.
We are also proud to work for one of this country's oldest and last remaining public services.
This is why local people need to understand why we have been driven to enact our last-resort democratic right to strike.
In Bridgwater's Friarn Street depot, bullying by far too many overpaid managers, cuts to full-time duties, refusal to honour signed agreements and promises, have triggered our decision to strike.
The £800 mentioned is the only issue that actually concerns money, and is not the crucial issue at stake: however, we ARE owed it!
As to "engaging with the CWU locally" and, hopefully, agreeing with us a way to prevent these strikes, well, Royal Mail have known about this impressive ballot result for 15 days now, and they STILL haven't yet bothered to meet with the union!
Most of us get up at 5am or before to walk or cycle ten to fifteen miles a day doing a job we love, and we want to carry on doing that, but Somerset people do need to know THE hidden background fact: Royal Mail is being run down to privatised ruin!
So if you see us about before the strike days, speak to us, and we can tell you the truth.
Labour councillors urge support 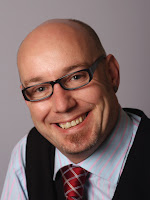 Kath Pearce & Brian Smedley ,Labour councillors for Bridgwaters Westover ward, where the sorting office is based have urged Party members  to support the Postal Workers and to show solidarity by joining them on the picket line.
Bridgwater South County Councillor Leigh Redman (left) said "Solidarity to the Bridgwater Posties expressing their right to strike today, it is a shame the management have left them with no choice!"
Posted by Sedgemoor Labour at 00:14 1 comment: