Sedgemoor  has become the final District Council within Somerset to  agree how they will deal with the  Coalition Governments new  Localisation of Council Tax plan.  Under the Legislation, Councils are faced with National support cutbacks of 10% whilst  being compelled to  put the burden onto benefit claimants.

Labour Leader Cllr Mick Lerry (Lab,Victoria)  branded the Legislation "a regressive tax on working age residents on low incomes" and moved a Labour ammendment to this effect. Sadly this was only supported by Labour members and the 2 Highbridge independents.


"There could be some issues with collection"

Sedgemoors Finance officer Alison Turner said Sedgemoor had consulted widely on the changes  and in particular had listened to it's Community Scrutiny Committee chaired by Labour's Cllr Julian Taylor (Lab,Eastover) which had argued for the maximum possible support to offset the potentially devastating effect of the changes. Mrs Turner admitted "there could be some issues with collection".

Sedgemoor voted to set the support at 85% - in line with South Somerset & West Somerset -where Labour councillors had recently fought to lift the Tory proposal from 70%- and a better deal than in Taunton Deane and Mendip where the figure was set at 80%.

Cllr Lerry said  "This is yet another tax  on people and it's sad that we find ourselves in this situation. We will support the 15% position in the circumstances because it's fair, cost neutral and won't put additional pressures on other precepting authorities - particularly Bridgwater Town Council which would suffer unduly from a poorer settlement. We have fought to put in place a  hardship policy and we accept there will be a higher proportion of uncollected tax . We have also taken special measures to protect  child maintenance. But this scheme is a regressive tax on working people on low incomes and it will not help put people back into work."

Cllr David Baker (Con,Wyndham) made a sudden break with his bewildered colleagues outlining exactly why the tax was unfair and how it would hit people on low incomes and proposed a further ammendment to take funds from reserves to reduce the payment to 8.5%. He was seconded by independent Chris Williams (Ind,Highbridge) but found no further support.

Cllr Mick Lerry said "Cllr Baker doesn't see that this will still  have to be dealt with in a years time . It's no good just stamping your feet and saying 'No'. This has a knock on effect to the other precepting authorities. If people don't like this then they need to vote out the Government at the next election."

Cllr  Mark Healey (Con, Puriton) leapt to his feet saying "The SDC position is more than fair and when I hear Cllr Baker I wonder if I might as well just give up working and get a divorce and I'd be better off! And to listen to Cllr Lerry anyone would think there was an election coming up!".

Cllr Healy is a Candidate for  the County Council elections in May.

Cllr Brian Smedley (Lab. Westover)  commented afterwards "The meeting was appallingly poorly attended and I wonder if a lot of this was due to the Monitoring officers well publicised advice that members in receipt of benefit weren't able to take part or vote in the meeting. This was a depressing affair and Labour supported the fairest option available which also protected Bridgwater towns position . It was odd to see Cllr Baker suddenly get a social conscience, but I suspect his position was more one of guilt at what his party was doing and knowing full well he wouldn't get his  ammendment passed. It was also not a surprise to see the Lib Dem benches totally empty again, despite them winning the Highbridge by-election last week as I thought they might have something to say and make an impact with their new councillor. But that was probably just wishful thinking."
Posted by Sedgemoor Labour at 04:25 No comments:

The hard fought Sedgemoor District Council By-Election for the Highbridge & Burnham Marine ward has ended with the Lib Dems clinging onto their seat after a massive effort including visits from top brass party leaders , their sitting MP Tessa Munt and party members from across the county on the day.

The result was as follows


The election was fought on a bright but chilly January day becoming increasingly colder as the evening wore on. The turnout was 22% and it got dark and cold quite early on. And icy.

The Lib Dems - extremely well organised - had even managed to book a room in the building  next door to the main Polling station, in fact within feet, where they set up computers, printers and operated their main committee room running off the same wifi as the Council election officers.

A massive multi leaflet  campaign scaring voters into voting LibDem to 'stop the Tories getting in' -which is essentially the 'Ashdown factor in action' proved as hard a nut to crack as it had elsewhere in Somerset where this rot has set in.

Desperate to distance themselves from the poisonous Lib Dems nationally, the Groves campaign tried to position itself as 'local' and painfully 'non political'-despite the incredible hypocrisy inherent in that blandishment. In the end they polled 30% - a drop of some 7% from the result last time round of their resigned former leader Joe Leach, who wasn't very much in evidence at the Polling stations. But then he's gone into banking.


'Labour-Independent' anti Clegg vote combined could have swung it

Labour, who had the best physical presence on the day with members from all over the county dropping in to help, was nevertheless unable to crack this malaise. However, a key feature of the election was the presence of the 'independent' local (ex libdem) candidate-whose supporters had been fighting their former chums since the last District election in 2011. Both Labour and the Independent-anti-libdem polled 20% each, a devastating split-vote blow when added together that 40% worth of anti-Clegg votes could have kicked out the Lib Dems and created a sensation in Highbridge. 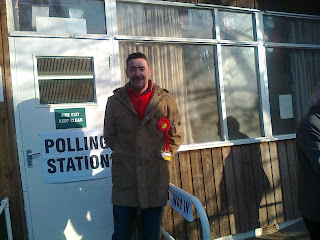 Labour candidate, former coal miner Ricky Holcombe (left) , praised his supporters saying "The best result ever is our solidarity and determination to win for Labour in 2013.  County Council election here we come!"

The scariest result was the Tory vote. The Highbridge demographics have changed since it was a safe Labour seat back in the early 80's and since then a residual Tory core vote has managed to score relatively high without doing much work. With no presence at all on the day the Tories came in second with 23% of the vote, although down on the district election, still a  kick in the teeth that there's still a hard core of self centredly complacent voters happy to back Cameron and spit on the hardships of the working class.


Purple has a nice car

There was a 5th candidate. Purple Watkins (right & purple)  picked up 68 votes, 5% of the total, which is good for a composite colour. He had nice blond and purple hair and quite a cool pink car. not to mention the bondage style trousers and new romanticesque cowboy boots. One Lib Dem said "He shouldn't be allowed to stand if he don't take this seriously."   And he should know.....

﻿
Sedgemoor Labour Group secretary Cllr Brian Smedley said "It's a shame we couldn't take advantage of the Lib Dems divisions in Highbridge but at the end of the day that division worked in their favour. To win places like Highbridge the Labour vote has to regain confidence in itself and it's ability to win. Good organisation and Unity from the Labour camp all over the County is a positive sign for the future and this trial run puts us in a good position for the County elections in May."
Posted by Sedgemoor Labour at 16:32 4 comments:

NO WELCOME IN HIGHBRIDGE AS CLEGG DROPS IN 'TO OFFER SUPPORT' 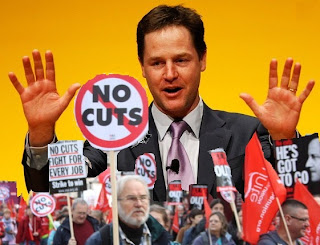 Lib Dem leader Nick Clegg today 'drops in' to try to save his beleagured parties chances in the Highbridge by-election caused by the sudden resignation of Sedgemoor Lib Dem leader Joe Leach.  Clegg and Wells MP Tessa Munt (who covers Highbridge as part of her constituency) both voted with the Tories this week to get through the Welfare Benefits Bill . Some of their party voted against and some abstained -but not these 2! So committed are they to supporting their disastrous and unpopular coalition with the Conservatives.


WHAT WILL CLEGG FIND IN HIGHBRIDGE?

Labour candidate in the by-election, Ricky Holcombe says "For many years Highbridge was a safe, solid and stable Labour seat on Sedgemoor and crucial to the party which otherwise was largely Bridgwater based. Since the Lib Dem/SDP  came on the scene and confused people with their ultimately broken promises the seat has become the most marginal in the District swinging backwards and forward between all the parties. The Lib Dems took it last time but immediatly split into  2 as no sooner had they put the Tories into Government with their coalition causing massive loss of support, that got worse when Clegg and his MPs broke their pre-election promise not to raise Tuition fees. Now they're even attacking peoples benefits while leaving Millionaires alone! That's what voting Lib Dem has meant to the people of Highbridge."


LIB DEMS FIGHTING EACH OTHER

﻿
﻿
﻿
Clegg and Munt will drop into the neglected ward only to find the 'official'  Lib Dem candidate attempting to claim she "Isn't political", the Independent liberal claiming she "isn't political", the Tory candidate (who recently left the Lib Dems ) claiming he "isn't political". Ricky says, "The problem is that the solutions are political and on Sedgemoor the Tories run the show, like they do on the County and in Government-and with Lib Dem political support. Today they'll be bringing Munt, Laws,Heath and Browne to Highbridge -all of the 4 Somerset LibDem MPs. ALL of these voted with the Tories last week- they didn't have the guts to vote against or even the decency to abstain. " 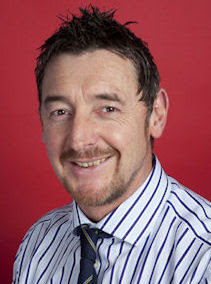 Labour's Ricky Holcombe (right) , who has had upwards of 30 people out on the doorsteps helping him so far on the campaign, adds "In Westminster and in Sedgemoor Labour are the opposition. On Sedgemoor there's 13 Labour councillors already and with the Lib Dem leaders resignation they're now down to just 1. They made no impact anyway and their attendance record has been poor. On the other hand Labour is making all the running on Sedgemoor. We're united, we're winning by-elections and Highbridge needs to send a message to these Lib Dems -of whatever label - that enough is enough!"