As Sedgemoor District Council held it's final meeting of 2011 the Labour group made it's own New Years Resolution to present an Alternative budget for the first time in years.
Labour leader Cllr Mike Lerry (Bridgwater Victoria) said "Much of the budget we can go along with but there are key areas of difference and we have made manifesto commitments regarding Housing, Homelessness and Communities. We have to look at the level of tax raised because Sedgemoor has traditionally been a low spending Council and while we don't object to the use of balances to offset cuts there are areas of great need not being addressed."  So far the Tory budget has still been presented to various committees in bits and pieces and would not be fully open for discussion until February. Cllr Lerry promised that this year Labour would continue to comment on the developing Council budget but also promised that this year Labour would submit an 'Alternative budget'.
OPPOSE TORY SELL OFF OF QUANTOCK HILLS
Also at the council meeting Labour went on the attack about two areas of cutbacks proposed by Tory Sedgemoors friends at County. Cllr Brian Smedley (Bridgwater Westover) called on the portfolio holder for Community Cllr John Swayne (North Petherton) to object to the County sell off of 2000 acres of the Quantock Hills. Cllr Swayne said he was in full agreement.
NO TO TORY CUTS TO YOUTH SERVICE
Cllr Ian Tucker (Bridgwater Dunwear) called on the  Council to intervene in the County's proposed slashing of the youth budget by 70%. "The youth are our future!" said Cllr Tucker  "We can't say it's nothing to do with us. I would ask the leader to consider forming a cross party committee to see what can be done to try to mitigate against the serious effects of these cutbacks".
Tory leader Duncan McGinty (East Polden) replied "I'm prepared to consider anything, but more weight is carried by those amongst us who are also county councillors".
"Are Sedgemoor  Hiding something?"
Less accommodating words came from the Tory benches as Labour ward councillor for Westover Brian Smedley called on action on West Quay where traders were facing extreme hardship with little support from the District Council  . Referring to a meeting which had suddenly been held secretly at a different date to the one suggested he said "Sedgemoor seems to be hiding something". This drew denials from the Leader who then read out a prepared statement (which in fact had been circulated to the press just as the meeting was starting) saying that the said meeting had agreed a course of action on West Quay with the other agencies (principally the County). Tories joined in the fray with Cllr Neville Jones (Burnham North) telling critics to "stop carping" and refering to the 1981 seafront collapse in Burnham taking 7 years to be repaired. Cllr Jane Morton (Huntspill) attempted to divert attention to Bridgwater Town Council  asking "What had they done? " . Cllr Smedley pointed out that in fact it was Sedgemoor who had been the Port Authority since 1974 and this "may be the reason they're nervous."
"Tackling the key issues"
Labour deputy leader Cllr Julian Taylor (Bridgwater Eastover) presented a report as Chair of the Community Scrutiny committee which showed his committee were tackling the key issues that Bridgwater people were demanding answers to. Already this year the Committee had passed motions recognising the Community support for a Northern By-Pass and the issue of the Post Office providing an unpopular temporary location on the former Splash site.
Posted by Sedgemoor Labour at 12:20 No comments:

ANGER AT TORY PLAN TO SELL OFF QUANTOCK HILLS 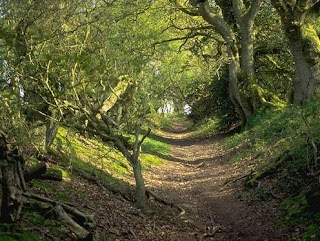 Woods and moorland in designated areas of outstanding natural beauty ammounting to 1,950 acres,could be sold by Somerset County Council. The Tory controlled authority which has recently cut back it;s Arts Funding and is proposing to do the same for it's Youth service , has announced its intention to "dispose of three parcels of land" including Great Wood, Custom Common at Over Stowey, and Thorncombe Hill near Crowcombe.
David Huxtable  the Tory-councillor responsible for the sell-off, said " I really don't think the public need to be worried about who owns it "   and maintained that the sell off would bring in "significant sums of money"  .
Letiticia Kelly, chair of the Friends of the Quantocks, said they were concerned about the management of the land under private ownership. "All the rights of way would have to stay and all the conditions of public access would have to stay," she said."So whoever buys it would have to be very publicly spirited because it's not a money spinner any of these pieces of land." 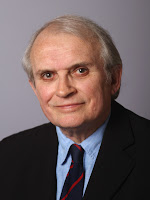 Labours candidate in the recent District elections for the Quantocks ward, Over Stowey resident Shaun O'Byrne (left) said "Our County Council's intention to sell off nearly 2,000 acres of the Quantock Hills is a disgrace that must be stopped. This designated Area of Outstanding Beauty, the first in the United Kingdom to be so named, is for the enjoyment of the people and should stay in public hands. This is doctrinaire vandalism based upon a belief that private ownership is good and public ownership is bad. Private ownership of this land carries with it future risks for access and upkeep and I urge your readers to email or write to The Deputy County Solicitor at County Hall to oppose this proposed disposal of OUR land."
Former Labour Chairman of Sedgemoor District Council Sandy Buchanan says " As an ex-councillor, a rambler and a local historian, I strongly protest against the proposal to sell one of the best known and most popular parts of the Quantocks. The area has given inspiration to thousands of Somerset residents over the years. It is an enormous learning facility for youngsters of all ages. Above all it forms a vital part of the County’s heritage and should be preserved for public use. Has this County Council got no shame and no sense of history. They would not dare to put such a proposal in an election manifesto!"
Members of the public have until 23 December to respond to the proposals. The County Council has published a notice about the proposed sale and anyone who wishes to object to the disposal of the land should forward their written objection to:  Honor Clark, Deputy County Solicitor, Legal Services, County Hall, Taunton TA1 4DY (ref: CNV0038/1/JAH) by 23 December 2011.
Posted by Sedgemoor Labour at 04:37 No comments: 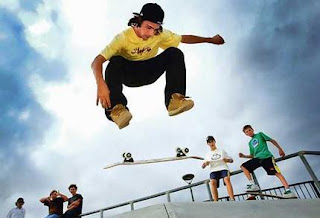 At The Bridgwater Parish Cluster meeting of Wednesday 7th December, Labour councillors proposed a spending package to kick start several long awaited projects for the towns youth, including the long awaited Skate park plus cash for play areas and sporting facilities.
The Cluster Groups are a forum for Town, District, Parish and County Councillors of the various areas within Sedgemoor to discuss issues pertinent to their own areas and to recomend spending priorities within those areas. A key element of the money earmarked for the town comes from the RLT fund which is the money paid in by developers to compensate for the loss of green space due to their developments.

Of the 5 Sedgemoor Clusters, only Bridgwater has a sizeable Labour majority on it. The others (Coastal, Cheddar, Moors and Quantock) are all Tory dominated.

﻿ ﻿ ﻿ ﻿ Following discussions between Labour Councillor Steve Austen, Martin Hodgson at the YMCA  and Sedgemoors Teresa Harvey, the Labour Group managed to get the issue of the long awaited Skate Park back on the agenda with a potential resolution for the sticky issue of 'the land' finally having a potential solution. Teresa Harvey speaking at the meeting said "We have an offer from the YMCA that will solve the land issue if it's agreeable. We now need to re-establish the Task & Finish group to look at this offer."

Cllr Brian Smedley supported the proposal saying "The money is in place from Town & District Counciland the only issue has ever been that of the land. It is important now to make sure this site is what the skating community actually wants and therefore crucial that they are now involved at every stage of the project."

The meeting agreed with this and the Skate Park was made the Clusters top priority with it;s budget of £150,000 ring fenced to achieve it.

Cllr Mick Lerry, the leader of the Sedgemoor Labour Group, proposed a further priority spend from the Cluster which was similarly voted through. This included
£80,000 Victoria Park  (Victoria)- to include a Multi Use Games Area and outdoor Gym.
£48,000 Mansfield Park (Hamp)-to establish a play area in accommodation with the current football usage possibly including relocation of the pitch.
£34,500 Cranleigh Gardens (Eastover) -to include  facilities such as a Trim Trial.
£34,500 Coronation Park (Sydenham) -to enhance the play area with additional features.

The meeting identified future works and funds which could enhance further the facilities including a potential £500,000 from EDF as 'mitigation money' regarding Hinkley point, plus a section 106 agreement which would bring additional provision to the North East Bridgwater area including the relocation or otherwise of the Inovia Sports and Social Club.

Cllr Ian Tucker (Dunwear), highlighted the need for youth funding in the wake of the County Council cuts to Youth services, saying "SCC has reduced all funding for youth work by 75%. Because of this most youth workers will be made redundant and youth centres closed including the Rollercoaster.   The young people  are very angry that this is happening and I believe the District Council can't hide it's head in the sand over this and needs to take an active role in dealing with the knock on effects."
Cllr Tucker added "It is very obvious that facilities like the Rollercoaster have been a lifeline for many youngsters on the Sydenham estate as well as those coming in from other areas."
The next Cluster meeting will be March 7th and will look at Youth provision and also at the position of the Bridgwater Arts Centre at the end of the financial year.
Posted by Sedgemoor Labour at 10:32 No comments:

JOIN US AT THE BRIDGWATER LABOUR CHRISTMAS PARTY ON DECEMBER 10TH 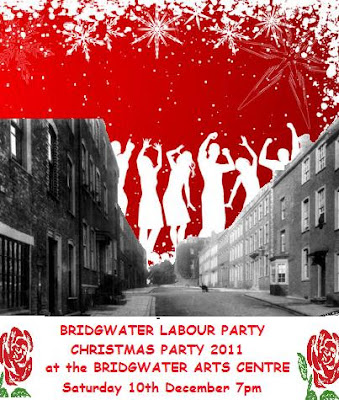 Dear Labour Party members, supporters and sundry chums
This years  Labour Party Christmas Social Event will be on
SATURDAY 10TH DECEMBER
Bridgwater Arts Centre
7pm prompt.
We have decided to do an event to support the Bridgwater Arts Centre.
So the plan is this.
There will be a social event which includes food, music, a raffle and a quiz.
The Arts Centre Bar will be open.
at 8pm on the same evening the Art Centre  will be hosting live the 1960's tribute band THE MODS
Labour Party Party-Goers can go to see this event as part of the social evening or choose to continue socialising in the Art Centre Bar or in the Studio which we will have soul use of for the evening.
NOTE;- The Labour social event is free-however, If you wish to see the MODS gig you should either buy your ticket from the Art Centre in advance or ask me to reserve tickets (and pay me on the night)Tickets for the gig are £14 (non members) or £12 (Members/ concessions/students/pensioners/unemployed)Or risk turning up on the night and paying £15.
Please respond to this email if you will be coming to the Social and if you wish gig tickets set aside.
Brian Smedley
"Funkmaster General"
Bridgwater Labour Party
brian.smedley@sedgemoor.gov.uk
Posted by Sedgemoor Labour at 07:54 No comments: