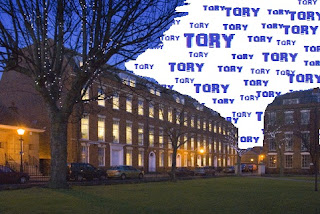 At today's Annual General Meeting of Sedgemoor District Council a two hour charade of bobbing up and down in your seats while the same people were elected to the same places for the second year running was challenged by Bridgwater Labour Councillors  and then voted down by the mass ranks of rural Tories.

The Meeting saw the re-election of the same 8 Tory Councillors to the 100% Tory Executive committee. None of them representing Bridgwater wards.

Labour leader Cllr Mick Lerry (Victoria) asked "Yet again the 'Special Projects'  portfolio position has been left empty. What 'special project' are we waiting for? We have had the whole Hinkley C 'special project' without a portfolio being devoted to it. The Labour Group Shadow Portfolios have turned up and spoken up for Bridgwater at the open floor meetings yet we haven't seen any of the Tories there nor have they chosen fit to regard it as a 'special project' even. What is the point of having this post and not using it?"

Tory leader Cllr Duncan McGinty (East Polden) said "Hinkley Point is not just one project. However, there will be some changes to the allignments of the portfolio roles and if a special project comes up the post will be advertised".

When it came to elections to 'outside bodies' there was more Tory bloc voting . Noting that yet again the Tory group had allocated only 2 out of 11 Bridgwater outside bodies to Labour councillors (who represent 13 out of 15 Bridgwater seats) and had instead dished them out amongst their own group, the Labour Leader moved an ammendment asking to increase this to a fairer 7 out of the 11. Refusing to support the ammendment , Tory leader McGinty pushed through his parties candidates with the Council splitting on party lines to keep Bridgwater in the grip of the rural Conservatives. 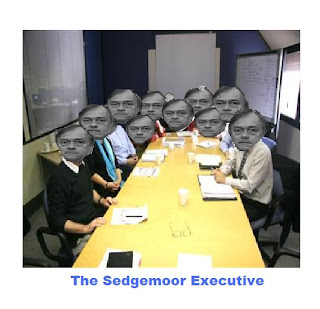 The Tories backed their leader, Labour backed theirs, the Independents split 50-50 and nobody noticed the Libdems as they were hidden behind a pillar.

Cllr Lerry commented "Yet again Labour seem to be excluded from the larger part of the outside bodies in wards we represent in favour of Conservative candidates. There needs to be some inclusion for Bridgwater by accepting representatives from the wards. I would query the value of the reporting from these outside Bodies and would ask that they be reviewed and looked into to establish some  mechanism for accountability."

Cllr McGinty accepted that many of the outside bodies weren't fit for purpose and asked that the Scrutiny Committee look into this. Cllr Julian Taylor (Eastover) said he would put this on the agenda of the July meeting.

One glimmer of light within the tory dominated council remains the constitutional rule that Opposition members must chair the scrutiny committees hence Cllr Taylor was re-elected  as Chair of Community Scrutiny and Cllr Brian Smedley (Westover) was elected  as chair of the Corporate Scrutiny ctte - although in the latter case with a sizeable number of abstentions from the Tory camp.

Same Chairperson
Once again into the breech as chair of council was thrust Cllr Gill Slocombe (Wyndham) -this time seconded by the fawning LibDem  leader (the other libdem sitting by his side) Joe Leach (Highbridge) who made some (presumably) unwise reference to their 'coalition'. Nice one Joe.....
Posted by Sedgemoor Labour at 15:41 No comments: